Way back in 2005, when World of Warcraft was still the hottest thing in videogaming, there was an epidemic: the plague of Corrupted Blood. Some years later, I wrote about the incident in my book, Virtually Sacred: Myth and Meaning in World of Warcraft and Second Life, and took note of how the incident lets us reflect on game ethics and real world behavior. Right now, it seems like it could be worth considering what that moment in game history has to say about our approach to real world disease epidemics. 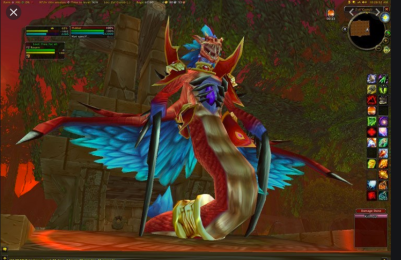 In short, Corrupted Blood was a curse cast upon players when they fought the final boss in the Zul’Gurub dungeon. The demon boss cast the curse upon a player, who became infectious to any nearby players. Anyone suffering from the plague would rapidly lose hit points until the character died. The dungeon ostensibly put all the cursed players in quarantine…after all, they couldn’t just walk out of the fight or the dungeon. They either died or won the fight and in either case the curse ended. But some players realized that if they quickly teleported out of the dungeon (not an anticipated behavior) they could bring the plague to densely populated cities, exposing hundreds of innocent victims to the plague. Many of the characters in those cities were low-level and quickly succumbed to the curse. Of course, they could resurrect once the plague had swept through the city, so the damage was limited. To further limit the damage, Blizzard (the company that created the game), created a kind of quarantine…but it did not work.

Dr. Nina Fefferman, an epidemiologist, brilliantly saw the connection between the Corrupted Blood incident and the possibility of epidemic. She noted that despite Blizzard’s effort to quarantine the plague, eventually they were forced to shut the game down, fix the matter properly, and then let play resume. An essay on Gamasutra about this notes that

What Fefferman learned from the Corrupted Blood Plague is that as ever, human behavior amid an epidemic is the wild card that can throw a wrench in even the most accurate, complex mathematical models that she and other epidemiologists use to predict the spread of disease.

“People are actually very difficult to predict,” she acknowledged. “Behavior… that part is really hard.”

Here we see some connection to real world. While the desire to share Corrupted Blood can be seen as malicious, the perpetrators might be excused because World of Warcraft is “only a game.” The actual costs of infection were quite low. Now, with COVID-19 running rampant across the world, we see how people’s perspective on consequences can matter. We are awash in news reports that show people desperately hoping to flatten the curve and promote optimal outcomes. Simultaneously, however, we see people engaged in dangerous behaviors, intellectually minimizing the threat their choices pose to others (cheap vacations, church attendance, etc.). 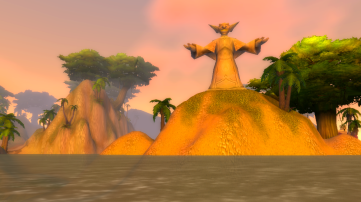 Worse yet, while it may have taken Blizzard four or five days to shut down World of Warcraft and fix the epidemic, we have seen wholesale incompetence on the part of governments that do not have such an option. The delays and obfuscations emerging out of the White House endanger countless human lives. To enumerate just a few examples of dangerous failings on the part of the executive branch of the United States: (1) rejecting public health experts, (2) cutting the budget for the Center for Disease Control, (3) attempting to make a potential vaccine exclusive to the U.S., (4) and refusing to accept COVID-19 tests offered by the WHO while eliminating the global epidemic advisory body of the U.S. National Security office and repeatedly lying about the extent of the disease. Lest we think the President of the U.S. is solely responsible for uncontrollable stupidity, there is also the U.S. Senate, where providing sick leave so that infected people can stay home has languished. Somehow, our government can find money to talk about supporting large financial industries while small businesses collapse and the marginalized and vulnerable become even more so in these difficult times.

Fortunately, it’s not all bad news. During the Corrupted Blood Incident there were players who camped out in cities casting powerful healing spells on those too weak to survive and resurrecting them when they died (this is superior to the time-consuming process of reviving oneself). In the real world, I’ve seen social media posts from friends willing to help out those in need or willing to connect folks with possible jobs that could keep them going in these difficult times. Limited government efforts will provide additional safety to those in need and a federal judge has blocked the Trump administration from kicking people off of desperately needed food assistance.

People’s behavior may be unpredictable when looked at individually, but careful study of game play can give us a sense for collective behaviors: lethargic, even hazardous, government response; the weaknesses of quarantines; individual irresponsibility; individual sacrifice. Let’s hope that we increasingly learn to make good sacrifices on behalf of others in the community while forcing our governments to take generous, effective, and humanitarian action.

(All images owned by BlizzardActivision. The one on the top is Hakkar in Zul’Gurub. The one on the bottom is the “capitalist saint” at Janeiro Point–it seems appropriate when U.S. leadership puts greed and self-interest ahead of the public)